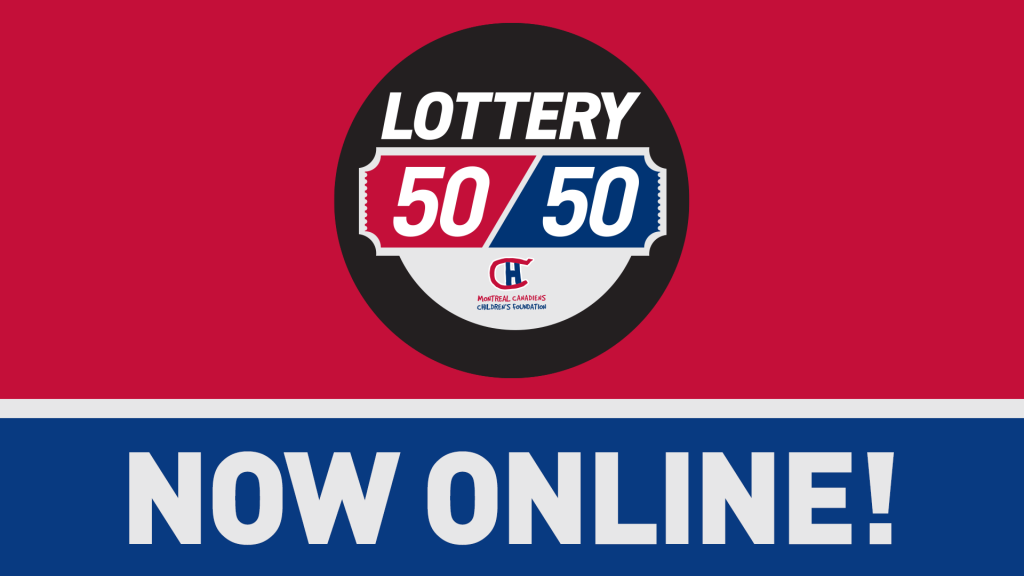 The Montreal Canadiens Children’s Foundation is pleased to announce the presentation of online 50/50 raffles on every Canadiens game day during the 2021 Stanley Cup Playoffs. Due to the rules and regulations currently in place for 50/50 lotteries, the Foundation obtained a license for prizes of $5,000 or less, which differs from the raffles offered to fans at the Bell Centre before the start of the pandemic. For each draw, participants will therefore have a chance to win half of a $10,000 jackpot.

As only a limited number of fans can be admitted to the Bell Centre for Canadiens games at this time due to the health measures put in place by the Government of Quebec, the license for prizes of $5,000 or less granted by the Régie des alcools, des courses et des jeux (RACJ) seemed to be the one that applied best to the current context of the pandemic. It is also the one that will allow the Foundation to raise the most funds for its programs and initiatives among youth. These raffles are made possible by an exceptional measure granted to charities by the RACJ, which permits them to digitalize the tickets usually printed and send them electronically to buyers to avoid as much contact as possible.

“With the participation of the Canadiens in the playoffs and our wish to provide opportunities for young people to move this summer, we are happy to offer our supporters an online and adapted version of our 50/50 raffles,” said Geneviève Paquette, general manager of the Montreal Canadiens Children’s Foundation. “Although we would have preferred a 50/50 raffle model with unlimited jackpots similar to those available in other Canadian provinces, the license obtained from the RACJ for jackpots of a maximum amount of $10,000 will allow us to raise essential funds for our programs. We also see it as an opportunity to demonstrate that we have the technology to hold larger-scale draws with larger jackpots when the rules and regulations for lottery systems in Quebec allow it.”

To maximize fundraising and offer plenty of chances to win, several jackpots of up to $10,000 will be drawn on every game day, with the first raffle opening on Thursday, May 20 as the Canadiens kick off their first-round series against the Toronto Maple Leafs. From 10:00 a.m., anyone aged 18 and over physically located in Quebec at the time of purchase will be able to buy tickets – sold as packs of 3 tickets for $10, 15 for $20, or 40 for $40 – for a chance to win half of the total amount raised, up to a maximum of $5,000. Tickets will be on sale at canadiens.com/5050 and all winning numbers will be posted at fondation.canadiens.com/en/online5050 shortly after each draw.

The return of the 50/50 lottery in this new format will allow the Foundation to raise significant sums that will be reinvested in the community to give children from low-income families equal opportunities to integrate physical activity into their daily lives over the next few months.

The RadioTéléDON raises $172,000 to get youth active

Groundbreaking ceremony for the BLEU BLANC BOUGE rink in Saguenay!