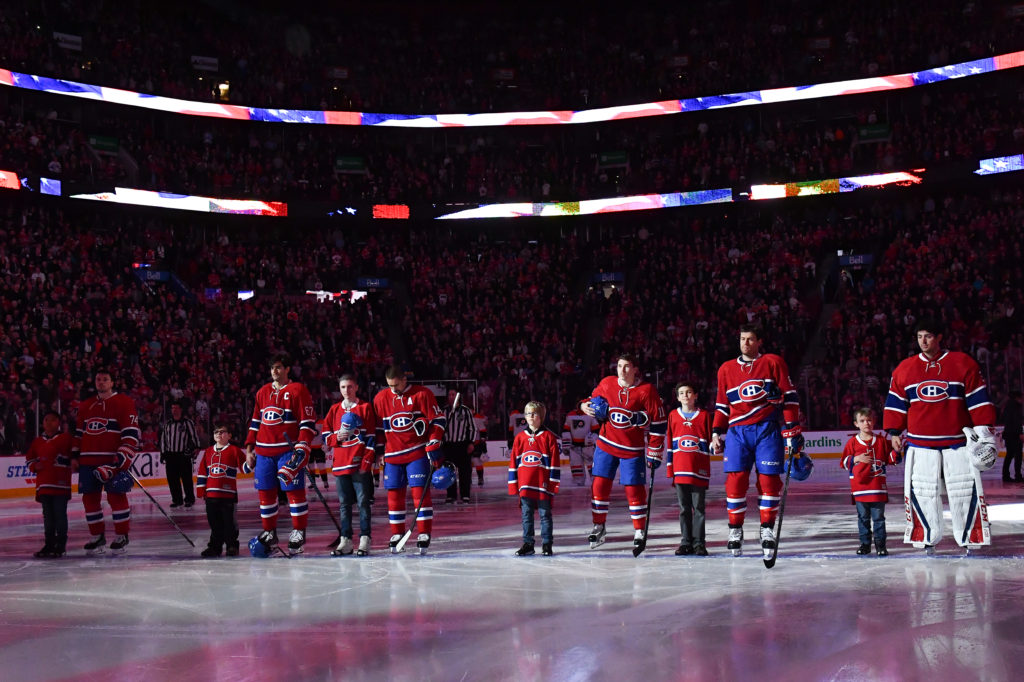 This Saturday, November 25th, the Montreal Canadiens will honor the many children who are battling cancer during their own Hockey Fights Cancer Awareness Night. The game against the Buffalo Sabres will be dedicated to children of Leucan, an organization that has been committed to supporting cancer-stricken children and their families for nearly 40 years.

1 in 2 people in Quebec is affected by cancer.

Thanks to the generosity of over 40 companies renting private suites, more than 70 children accompanied by a parent will have the chance to watch the game and live a magical evening at the Bell Center. Welcomed by the spouses of the players during a pre-game reception in the Directors’ Lounge, they will also get to meet Youppi! and some players of the Canadiens after the game. In order to make this evening even more memorable, some children will participate in the pre-game ceremony on the ice during the national anthems while others will announce the starting lineup in the players’ dressing room.

For the occasion, the coaching staff, management and other members of the organization will wear a lavender-colored Hockey Fights Cancer tie. As for the Canadiens players will wear lavender-colored jerseys during the warm-up period, which will later be auctioned on http://auctions.nhl.com/canadiens. All profits will be donated to Leucan and will be use to provide care and services to hundreds of families affected by cancer across Quebec as well as to fund clinical research in pediatric oncology.

About the Hockey Fights Cancer program

The Montreal Canadiens participate annually in the Hockey Fights Cancer program, which brings together the efforts of the League, all NHL teams and the National Hockey League Players Association (NHLPA) to raise both awareness and funds for cancer care and research across North America. Since its inception in 1998, the program has raised more than $ 18 million.

"Rewarding the heroes of our community" Contest