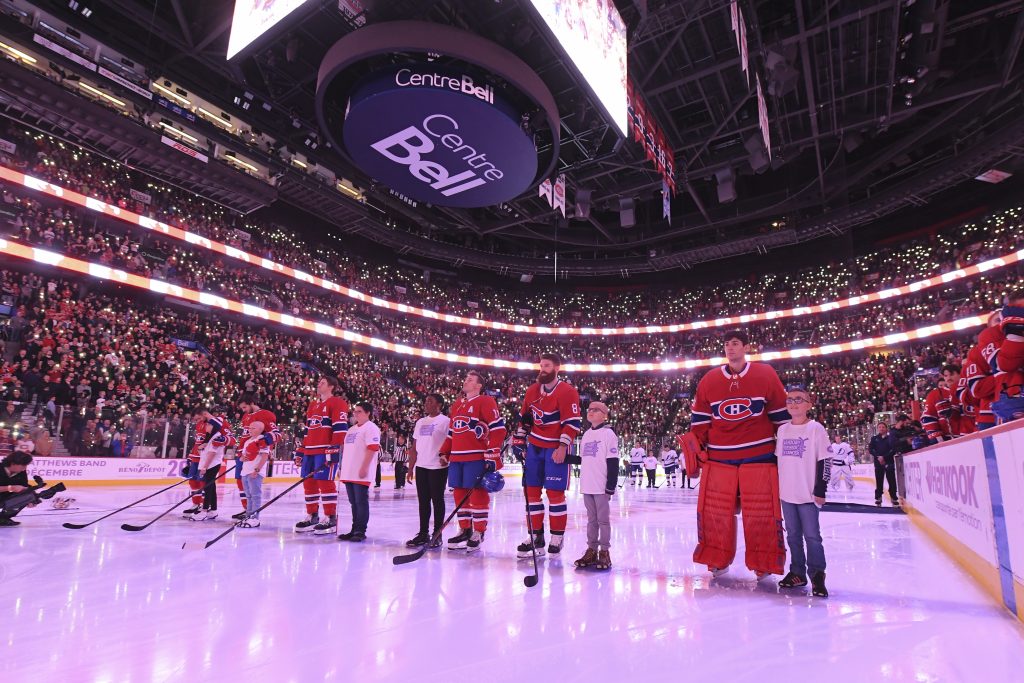 On Saturday, November 3, the Canadiens dedicated their home game against the Tampa Bay Lightning to children members of Leucan, an association that has dedicated itself over the past 35 years to helping cancer-stricken children and their families believe in a brighter future.

In Quebec, almost one child per day is diagnosed with pediatric cancer

Many corporate suite holders at the Bell Centre provided their support to the Canadiens organization for this initiative by hosting more than 60 young members of Leucan and their parents in their suites for the game. The children and their parents attended a pre-game reception hosted by the players’ spouses, Shea Weber and Paul Byron and enjoyed a post-game meet and greet with a few players along with team mascot Youppi! Gregory Charles and the Habs Band, along with le Choeur de l’Académie Lafontaine, joined young members of Leucan for the on-ice pregame ceremony. As in the years, the coaching staff, team management and members of the organization wore specially designed lavender Hockey Fights Cancer ties. During the warm-up period, players wore lavender-coloured jerseys which are then auction off at http://auctions.nhl.com/ for the benefit of Leucan until November 9.

itravel2000.com teams up with the Montreal Canadiens Children's Foundation