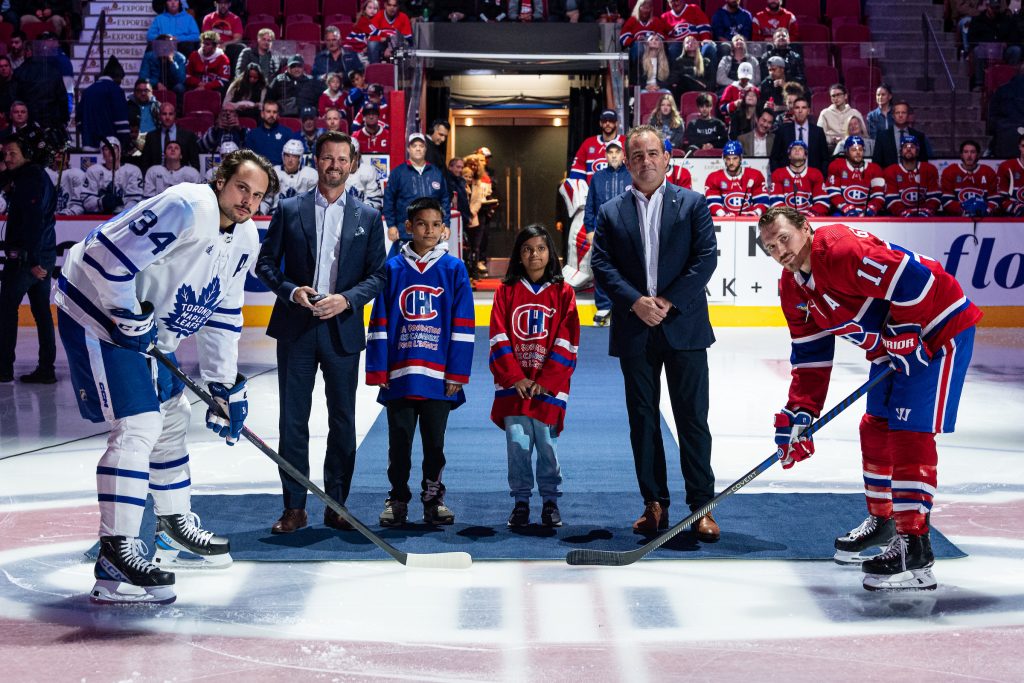 It’s on October 3, 2022 that the Montreal Canadiens Children’s Foundation celebrated 20 years of partnership with Desjardins Securities. This important milestone reflects the relentless commitment of the entire Desjardins family, which has been rallying year after year for two decades to give us the means to match our ambitions, and build together a better future for the next generations.

To mark the anniversary of this precious partnership, David Lemieux, Vice-President and General Manager of Securities Brokerage at Desjardins – Wealth Management, was invited to join Geoff Molson, Owner and President of the Montreal Canadiens, to take part in a ceremonial puck drop, alongside alternate captains Brendan Gallagher and Auston Matthews as well as two kids from the Maison des enfants le Dauphin, an organization in Laval referred by a Desjardins Securities advisor and financially supported by the Foundation.