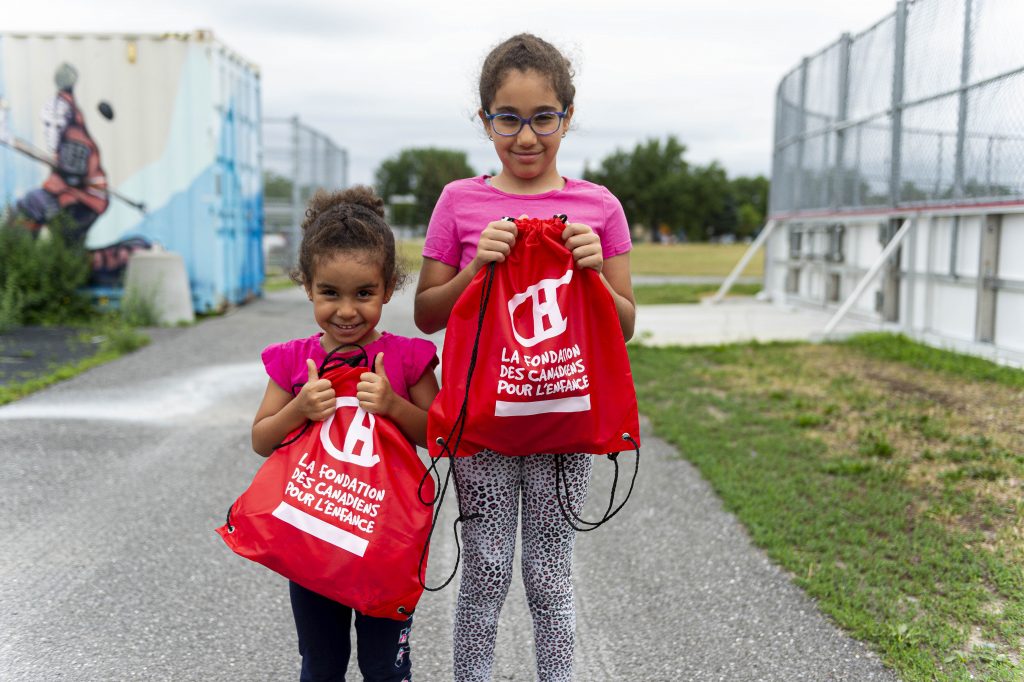 The Montreal Canadiens Children’s Foundation began distributing its 4,000 active kits this week to children from disadvantaged neighbourhoods in the greater Montreal area. In an effort to encourage them to get active safely, each kit will contain sports and protective equipment that will allow local youth to rediscover the joys of healthy, active lifestyles following several months of confinement.

Each child will receive a backpack containing a jump rope and a hacky sack. These items were chosenspecifically as the disciplines are accessible and can be practised anywhere and anytime, either alone orwith a group of friends, all while respecting social distancing measures. Versatile, easy to transport, andengaging the full body, the items provide a complete workout, without requiring access to a specific sports facilities or additional equipment. To help kids familiarize themselves with their new jump rope and hacky sack, two downloadable lessons, which include games and activities that can be recreated at home, were also added on the BLEU BLANC BOUGE Skills platform, originally launched in the winter of 2018 to provide teachers with a free simplified ice skating learning program. 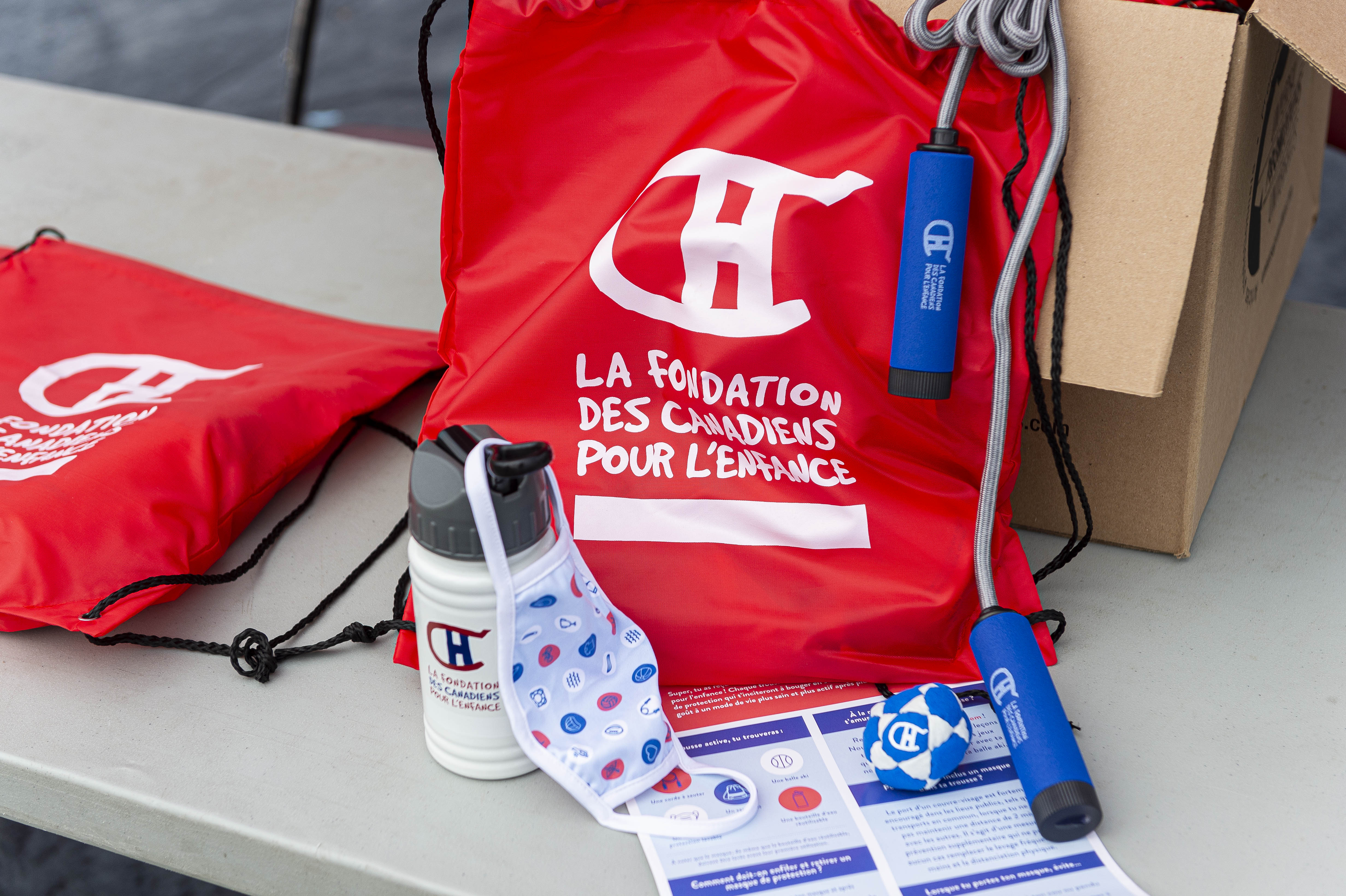 Given the purchase of personal protective equipment can represent an additional financial strain onhousehold budgets, a reusable water bottle and a washable cloth face mask were also added to each kit. It should be noted that since Monday, July 13, masks are mandatory for all users of public transport in Quebec, and face coverings will be mandatory in all closed public places, including stores, supermarkets, shopping centres, restaurants and libraries across the province, starting July 18.

These 4,000 active kits will be distributed over the next two weeks in and around Montreal, in areaswhere the Foundation has built some of its BLEU BLANC BOUGE refrigerated outdoor community rinks since the creation of this flagship project in 2009. While its team was busy distributing active kits in Laval and Longueuil earlier this week, the Foundation will be setting up shop, over the next few days, in theMontreal boroughs of Ahuntsic-Cartierville, LaSalle, Montreal-North, Côte-des-Neiges-Notre-Dame-de-Grâce, Villeray-Saint-Michel-Parc-Extension and Verdun, as well as in Joliette, where numerous outbreaks had also been reported during the spring. The Foundation worked with each of the municipalities to identify community organizations, schools, and day camps serving a large proportion ofyouth aged 4-to-17 from low-income families through which approximately 500 kits will be given tovulnerable children in each of these districts.

“Since the start of the pandemic, we’ve noticed that COVID-19 does not affect everyone equally, and recent studies have shown that the virus has disproportionately hit low-income, racially diverse, andmore densely populated neighbourhoods, where larger and sometimes multigenerational families live in lower-quality housing, often already subject to unsanitary conditions. Some of the areas we have visited during our distribution sessions are among those with the highest rates of community transmission in the country, and many families who live in those neighbourhoods are still afraid to leave the house. It should come as no surprise that young people in these vulnerable communities have experienced amuch greater decrease in physical activity than other children in the province. Our objective is to provide them with means and alternatives to start moving outdoors and thus prevent this crisis fromfurther widening the gap between rich and poor in terms of economic disparity, but also health inequalities,” said Geneviève Paquette, general manager of the Montreal Canadiens Children’s Foundation.

The purchase of these kits was made possible thanks to the very first edition of the Circuit BLEU BLANC BOUGE, a virtual race set up in June with the aim of raising funds to help kids in need in the greater Montreal area. Desjardins Securities, presenter of the virtual race and a major partner of the Montreal Canadiens Children’s Foundation for over 18 years, had also offered a contribution of $10,000 to support the organization’s summer projects, including the distribution of these active kits.